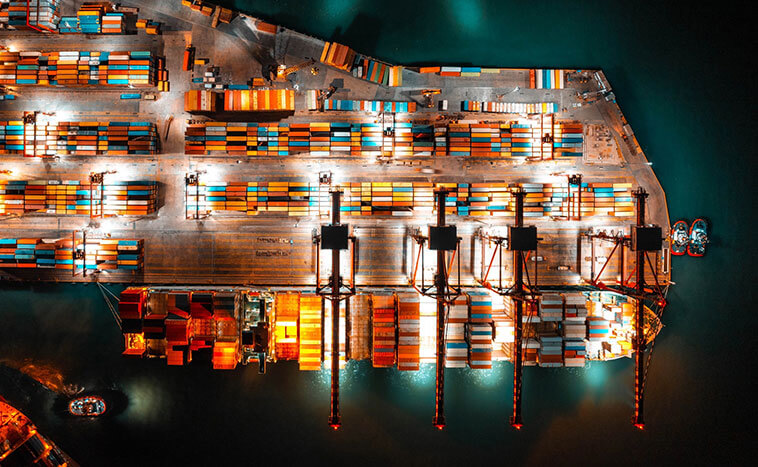 There might be more turbulent times for West Coast ports, and the wider supply chain, around the corner. With COVID infections again on the rise and shutdowns again occurring in Asian ports, it certainly seems like the supply chain congestion that has been impacting the flow of goods around the world will not be abating anytime soon. But that’s not the only issue.

During a conversation at a recent Truckload Carriers Association event with Blume Global’s Glenn Jones, David Arsenault, president of GSC Logistics, explained the myriad issues behind the congestion at the ports, which in turn is significantly impacting the drayage market. While all of those COVID-related issues are still present and could make more of an impact in the near future, Arsenault said he is also worried about two developments on the horizon: negotiations about the West Coast ports between the International Longshore and Warehouse Union and the Pacific Maritime Association, and pending truck engine regulations in California.

The current contract between the ILWU and PMA, which covers all the ports on the West Coast, expires July 1 at 5 p.m. While Arsenault said he was a “glass- half- full- guy,” he admits that there are some significant things to work out in this next collective bargaining agreement. Union members, he said, have worked tirelessly through pandemic and are coming to the bargaining table having seen ocean carriers with record earnings. They are feeling like “some of that money belongs to me,” he said, and so are going to be looking for better wages and benefits. There is also a continuing discussion about technology. In 2002, Arsenault remembers being a PMA board member and hearing discussions about a greater use of technology on the waterfront. These discussions are still relevant, and he said the union is going to push against technology. Arsenault said it might be a protracted discussion that leads to a lockout.

“Hope is not a strategy,” he told event attendees, “but I would hope for the best and plan for the worst.”

Arsenault is also looking to California for another potential source of supply chain disruption. On Jan 1, 2023, carriers can no longer operate trucks with diesel engines that are more than 13 years old, according to the Truck and Bus Regulation. Arsenault said this will impact 6,000 trucks in Southern California, and 30 percent of the truck force in Oakland. And by the end of next year, he said, carriers can’t even register new trucks to California’s Drayage Truck Registry unless they are zero-emissions vehicles.

“If we think things are disruptive now, we haven’t seen anything yet,” he said.

So how did things get so disruptive? And how did the West Coast ports get in such a congested state that the disfunction was obvious to anyone that took a look out on the water?

“Going back into the latter half of last year, it looked like the D-Day invasion was hitting Southern California,” Arsenault said.

A lot of it might come down to investment. Asia has benefitted from significant improvements to its supply chain infrastructure recently, he said.

“Over the years, China has continued to develop its infrastructure to a point where China can essentially pitch more than the U.S. infrastructure can catch right now,” he said. “So we’ve got some real recovery work to do here in terms of infrastructure development to really catch up.”

But that can’t happen overnight. And no one entity is to blame for supply chain congestion at the ports. Marine terminal operators are frustrated because they have, at times, essentially become warehouses, forced to take up precious yard space with full containers because shippers can’t pick them up. Retailers are also exasperated because many of them can’t get reliable apportionments to return empty containers to the terminals. The issues are myriad, with each stakeholder experiencing a different pain point. That also means there’s no one solution.

“There’s a lot of finger pointing going on,” he said. “And that’s not solving anything.”

A lot of it seems to come down to simply having too much stuff flow into the ports. Prior to the pandemic, three mega alliances accounted for 90 percent of the market share in the transpacific trade. As ocean freight rates went up, “every vessel that could carry a container that was idle, was secured under some kind of a charter agreement,” he said. And then, three new shipping companies in Asia popped up along with retailers who chartered their own vessels. “People who have not been traditionally involved in shipping have become involved in shipping. And I think they only thought of shipping in one dimension – what do I do with the ship? But that’s only half the battle.” Optimizing the equipment, the boxes needed to support those vessels, is the more complicated aspect of shipping, he said. Equipment needs to be in balance.

While things are better for the moment, the next COVID surge could be right around the corner, impacting the availability of dock workers and creating potentially another congested situation. Arsenault said the answer partially lies in technology, which brings about better communication among all supply chain players and can allow for better planning and reaction to exceptions.

“Exceptions,” he said, “have become the rule now, not truly the ‘exception.’”

Blume Global provides innovative solutions that unite supply chain visibility and the ability to act. We also provide technology that helps improve the flow of goods at ports on the West Coast and can empower trucking companies to better respond to fluctuations in the supply chain no matter how many trucks are in their fleet.

Contact us today to see how we level up your logistics processes.

VIEWPOINT: As Reality of Recession Nears, Shippers Look Beyond Visibility to Build Resiliency in their Supply Chains