The History and Evolution of the Global Supply Chain 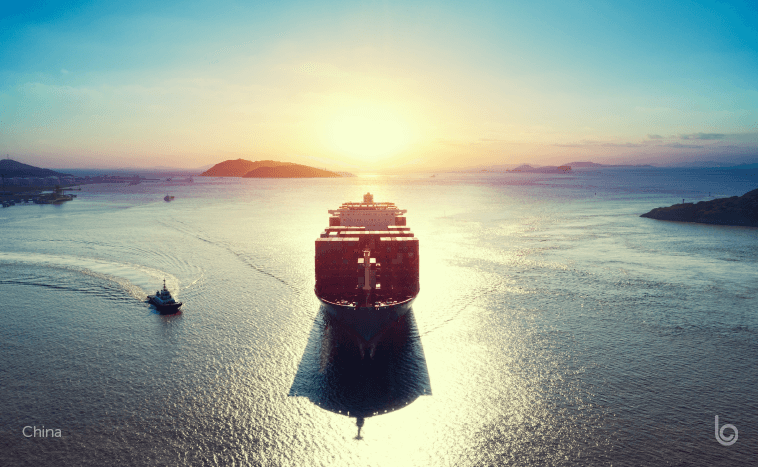 The global supply chain has seen enormous changes over the last 100 years. Every part of how we source, manufacture and transport goods has been transformed. From the introduction of new handling procedures to relying on ocean-going vessels, and from containerization to computerization, global supply chains are both more complex and more efficient than they’ve ever been.

We thought it would be interesting to take a look back at how supply chains worked and the key innovations that have driven things forward.

The Supply Chain Before 1900 — Local and Regional Supply and Manufacturing

Prior to the industrial revolutions in Europe and the U.S., the vast majority of supply chains were local in nature, and typically restricted to regions. For example, in an agrarian supply chain, a farmer would cut the wheat, send it to a mill for grinding into flour, then send it to a baker to make into bread, and finally it would be sold at a market stall.

The industrial revolutions started to change things. As railroads were laid, it became faster, easier and cheaper to transport goods over longer distances, although supply chains still tended to be limited to countries. In the 19th century, rudimentary hand trucks and other tools made it easier to handle goods. International ocean trade was fairly inefficient as loose goods were stored in ship’s hulls, and required a lot of effort to load and unload.

Since the invention of the internal combustion engine and cars in the late 19th century, pioneers started developing trucks to allow for the faster transport of goods by road. The first semi-truck was invented at the very end of the 19th century and Mack Trucks was founded in 1900. Originally running on gasoline, diesel engines were introduced in the mid-1920s. There were early concepts for the forklift truck in the early 20th century, with further development prior to 1930.

A major development in supply chain storage was in 1925 when pallets started to be used in warehouses. This allowed goods to be consolidated together onto pallets, which could then be stacked vertically, saving space and making goods handling more efficient.

The Supply Chain From the 1930s to the 1940s — Greater Mechanization

Logistics became very important during World War II, as military organizations needed efficient supply chains at home and in Europe. At home, supply chains were necessary to manufacture military hardware and supplies, while abroad, it was essential to get supplies and support to troops as quickly as possible. The 1940s saw a consolidation of industrial engineering and operations research into supply chain engineering.

The development of pallets, pallet handling and storage systems also continued for the next few decades. The intent was to use warehousing storage space more efficiently and to optimize racking and layout. These changes would make start streamlining the loading, unloading, consolidation and handling of goods, resulting in faster deliveries and distribution.

Arguably, the greatest revolution in global supply chains was the invention of the shipping container, and all the logistics and modes of transport needed to support it. As we wrote in our guide to containerization, “The most important feature of the shipping container is that it is intermodal—it can be transported easily using several different types of transport. Whether a container is being pulled by road on a truck, carried on the railway or shipped overseas on a container ship, standardization makes transporting and handling these containers fast and easy. That means cost and efficiency savings throughout the supply chain. Every minute saved translates directly to faster transfer of goods, reduced waste and environmental impact, and better margins.”

Although shipping containers wouldn’t be fully standardized until the late 1960s, the first shipping containers were invented during the mid-1950s. Around the same time, transport manufacturers began building vehicles that could transport these containers. The invention of containerization was one of the main drivers in making global trade cheaper and more efficient.

During the 1960s, goods distribution shifted away from railroads and towards trucking. The continued evolution of pallets, handling equipment, containerization and other areas meant that freight transportation was more reliable. This led to the efficient transport of time-sensitive raw materials, parts and products, even over longer distances.

Computerization started to gain popularity in the mid-1960s and IBM developed the first computerized inventory management and forecasting system in 1967. Before the 1960s, logistics records and data were captured, sent and reported through paper. Data computerization started to streamline logistics, and created opportunities in many areas including more accurate forecasting, better warehouse storage, truck routing and better inventory management.

The first real-time warehouse management system was installed in 1975, making it easier to track orders, inventory and distribution and leading to greater efficiencies. Around the same time, barcodes made it much easier to scan products, starting the move away from manual input of SKUs and product codes.

The 1980s saw supply chain stakeholders, transportation manufacturers and more building on their successes. In 1983, the term “Supply Chain Management” was coined, and personal computing further revolutionized the supply chain. New software like flexible spreadsheets, mapping and route planning made it easier to track costs and maximize profits. This was coupled with other advancements including air freight optimization, supply chain distribution networks and the introduction of Enterprise Resource Planning (ERP) systems.

MIT also developed RFID tags to make it easier to electronically track goods and shipments, a predecessor of the Internet of Things devices we use today.

All of this history brings us to the present, and continued transformation in global supply chains. One of the biggest influences has been the explosion of manufacturing in Asia, with China, Japan and Korea becoming major suppliers and exporters of goods. At the same time, AI and machine learning combines with predictive and prescriptive analytics to provide better forecasting, enhanced order management and more. What’s more, the supply chain is evolving toward a more data-driven, network-driven and collaborative supply chain ecosystem that drives real value and growth for all participants.

Of course, there are still challenges to overcome. Consumers and businesses are increasingly interested in the ethics of sourcing and manufacturing goods, especially from environmental and workers’ rights perspectives. At the same time, supply chain managers need effective risk management to deal with the unexpected, whether that’s customs and tariffs, natural disasters or issues with global transport.

Whatever the future holds, one thing is certain. If we apply the same innovation to global supply chains as we have in the past, then we’ll continue to see greater efficiencies, optimization and profit margins.

The Blume Digital Platform is data-driven and connects trading partners in a collaborative supply chain ecosystem to drive real value and growth for our customers worldwide. Our cloud-based platform is open and neutral, and its extensible architecture enables continuous innovation to forge the future of the global supply chain.

Find out how Blume Global has been at the forefront of supply chain innovation for 25 years with this infographic.

Benefits of Digitizing the Supply Chain for Air Cargo Carriers

A Guide to Intermodal Shipping Containers and Containerization