When will passenger flights alleviate the air cargo capacity crunch? 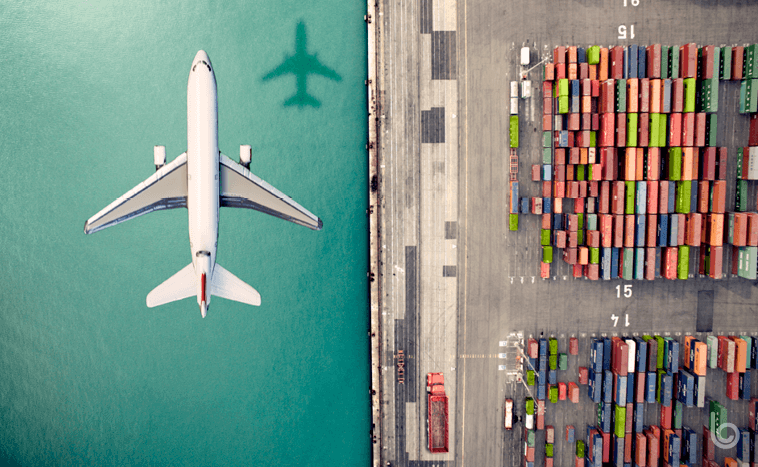 Shippers and other supply chain stakeholders are now routinely paying upward of 250-percent more than usual for air cargo rates on core routes, so it’s no surprise they want to know when airfreight capacity will return to normal. Accurate forecasting when the market is so volatile is proving difficult.

Around half of the global air cargo usually flies on the lower deck of passenger flights. With COVID travel restrictions grounding so many passenger jets, the International Air Transport Association (IATA) estimates that capacity fell nearly 24 percent by the end of 2020 against a corresponding drop in demand of only 10.6 percent.

There are a variety of additional contributing factors. Travel restrictions in China meant many workers either staggered returning home to their families for Chinese New Year, or did not go at all, and so continued working, keeping manufacturing output high. This unexpectedly evened out February’s usual drop in airfreight exports from Asia, causing air cargo rates to jump 50 percent. E-commerce’s pandemic-lockdown boom is also compounding air cargo capacity troubles. In the U.S., online sales accounted for close to $790 billion in 2020, a more than 32-percent increase over 2019’s numbers, according to the Department of Commerce. That demand increase is running up against the capacity crunch.

Many air carriers, even those that historically have lacked a strong cargo focus, are rushing to add extra air cargo capacity to close that shortfall and take advantage of attractive air cargo rates. Some of that capacity has been coming from older freighters that were put to pasture because of spiraling operating costs. While high rates have made their use economical, increasing fuel prices will eventually make that solution less attractive. Even by bringing these old warhorses out of retirement, as of March, carriers have still only replaced 60 percent of the capacity the market needs. That’s only likely to rise to 70 percent later in the year, according to the International Air Transport Association, an estimate backed up by both heads of Deutsche Post DHL and Kuehne+Nagel, meaning capacity will remain tight for at least the rest of the year.

Apart from the usual go-to solution of chartered freighters, many carriers are also eyeing temporary or permanent passenger-to-freighter (P2F) widebody conversions. Conversion slots are limited, though, as there are only a few companies able to perform them. Even before the pandemic, these companies were already heavily booked up by wet lessors catering to e-commerce giants wanting to build their own fleets.

A less attractive alternative is narrowbody P2F conversions or even flying narrowbodies on belly cargo-only flights. That’s a move airlines are usually reluctant to make, but it might be better than leaving most of their metal grounded. Emirates has been doing this for over a year, with 16 of its 777-300ERs making more than 27,800 cargo flights, as has Lufthansa with some -300ERs and A330s. (Plans announced late last year by Emirates to use an A380 purely for belly cargo operations have gone quiet.)

How long they use narrowbodies like this is debatable. Cargo rates have recently dropped, but it’s too early to tell whether this heralds a long-term trend or just a temporary dip. If it is a trend, the passenger divisions of airlines will start to want their aircraft back as passenger conditions ease. When they do, there will need to be a lot of narrowbodies, and their belly capacity, returned to passenger flights to make up for the loss of P2F conversions.

Frank Appel, chief executive of Deutsche Post DHL Group, was cautious when that might be, citing the public’s safety concerns about air travel: “Consumers will not change their mind so rapidly to travel long distance again,” he said during the group’s annual results meeting. “Regional travel probably will recover much faster, but intercontinental travel will take longer. So, this year, we will not see a massive rebound of belly space capacity. Maybe next year.”

While it’s difficult to accurately predict capacity in the short- to medium-term, longer-term is proving easier, if not encouraging. Both IATA and Kuehne+Nagel’s chief executive, Detlef Trefzger, suggest it will be 2024-25 before we see a full recovery. Lufthansa is slightly less optimistic and predicts capacity will only be 90 percent of pre-COVID-19 levels by then.

It’s no wonder that shippers and forwarders are considering alternatives, but even sea freight is running into problems, the blockage in the Suez Canal notwithstanding. Backlog in U.S. and European ports are leading to ocean carriers often having to wait for a week before they can berth and unload – Long Beach in the U.S. recently saw vessels waiting in the ocean for 16 days. This has pushed ocean rates up as well, with those on Asia-U.S. routes up 260 percent.

Writing for the Baltic Exchange newsletter recently, Bruce Chan, vice president of global logistics at Stifel, said: “As we embark on a new Lunar Year, we anticipate average airfreight rates will remain elevated. Shippers will need to find new and creative ways to offset these costs, which may include a surgical analysis of modal planning and selection, greater use of buffer stock, tactical procurement and sourcing, reliance on new, bigger, or more nimble logistics providers to supply capacity, and better use of technology for supply chain planning and execution. We don’t see many signs of immediate rate relief on the horizon, so strap in and try not to get gored.”

The Differences Between the Supply Chain and Logistics

Tracking a Product’s Journey Across the Supply Chain From China to the U.S.